YKK Corporation (Headquarters: Chiyoda-ku, Tokyo; President: Hiroaki Otani; hereafter, "YKK") is pleased to announce that the company has received Platinum Kurumin Certification*1.
Based on the Act on Advancement of Measures to Support Raising Next-Generation Children (Next Generation Act), YKK builds workplace environments that disseminate information and enable sustainable work performance so that employees can fully demonstrate their abilities and pursue long-term career plans while they raise children. YKK received the Kurumin Certification in 2007, 2009, 2012, and 2015. In addition to ongoing efforts to create an environment that makes it easier to use childcare leave and other existing programs, YKK raised its efforts to a higher level with various work-style measures, such as promoting the use of annual paid vacation. These efforts resulted in the acquisition of Platinum Kurumin Certification.
At YKK, we aim for the "Forest Group" concept*2 promoted by our founder, Tadao Yoshida, and work to increase diversity 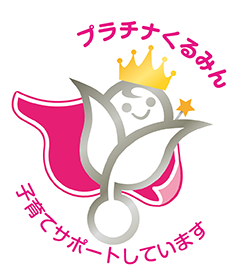 *2 YKK founder Tadao Yoshida talked about how young trees as well as experienced trees, tall trees and short trees, all draw on their unique characteristics to grow independently to form a forest, and that in the same way, organizations can harness individuals' energy to contribute to society. Thus, a company should strive to be a "Forest Group". The concept precisely encompasses the definition of diversity.