The 50th Cleanup event, which cleans the area neighboring the Kurobe Plant, was held on September 26, 2017. This local environmental beautification activity has been held twice a year (in spring and autumn) since 1993. The September Cleanup activity marked the 50th such activity. The total amount of litter that has been collected over the past 25 years amounts to 4,300 garbage bags-full, or 14.4 tons.
About 5,000 people, including employees and local residents, took part in this autumn's Cleanup. Litter was collected along roads and parking lots around the plant, at two Ainokaze Toyama Railway stations (Kurobe and Ikuji stations), and JR Kurobe Unazuki Onsen Station. New banner flags were made to mark the 50th anniversary, and renew employee awareness related to protecting the local environment as we continue carrying out this activity. A small gathering was also held to express our gratitude toward local residents for their help, and certificates of gratitude were presented. We will continue contributing to protection of the local environment and the vitalization of the region through our cleanup activities. 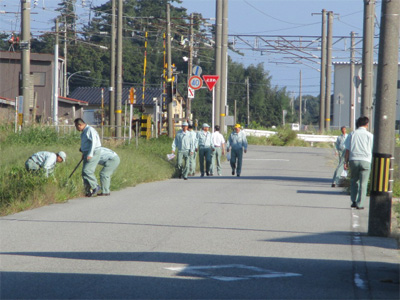 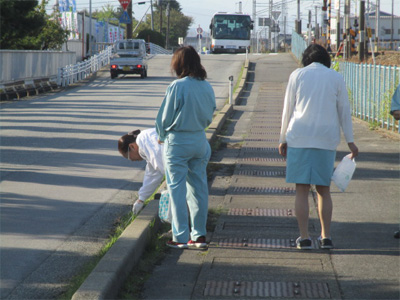 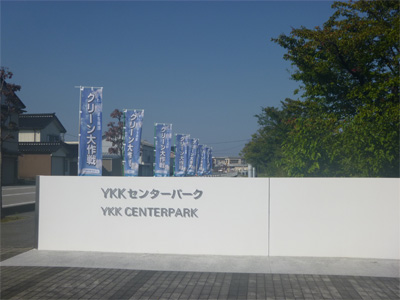 The new banner flags made to mark the 50th anniversary 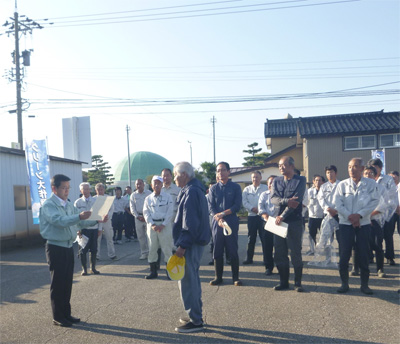 Certificates of gratitude being presented to a local resident
by Takashi Inoue, head of the Kurobe Manufacturing Center