The METI Minister's Award for Excellent Green Factories was established in 1982 in light of increased awareness related to environmental issues, as seen in the introduction of regulations related to green spaces. Factories and business establishments that proactively promote the greening of factories and have marked an outstanding achievement within and outside the factory are screened and selected for commendation.

YKK's Kurobe Manufacturing Center has planted 20,000 trees, created the Furusato-no-Mori (Hometown Forest)--inhabited by 287 living organisms, including threatened and rare species--and opened YKK Center Park to the public as an industrial tourism facility. Additionally, it is involved in the Passive Town community development project* in Kurobe, Toyama Prefecture, where the manufacturing center is located. This initiative was recognized along with the aforementioned environmental efforts, and led to the receipt of the METI Minister's Award. Meanwhile, YKK AP Kurobe Ogyu Plant was recognized for its greening efforts to harmonize the plant with the surrounding environment and scenery. The YKK Group will continue to deepen its roots in the community and engage in various environmental efforts with society. 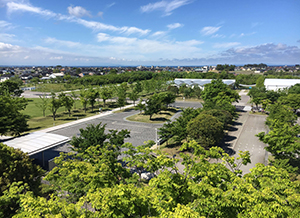 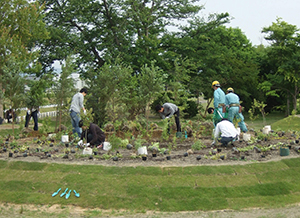 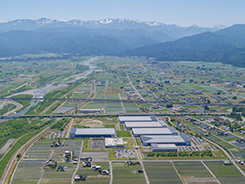 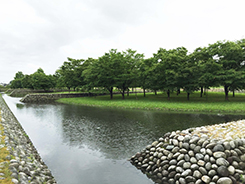 The green area created around the plant (2,661KB)