In the evaluation of activities at the YKK Center Park's Furusato-no-Mori (Hometown Forest) under the Social and Environment Green Evaluation System (SEGES)* Sodateru Midori (Nurtured Greenery) category, YKK Corporation (Head office: Chiyoda-ku, Tokyo; President: Masayuki Sarumaru) received the Excellent Stage 3 certification, the highest grade certification for first evaluations. A ceremony was held today at the Kurobe Manufacturing Center, and a certificate was awarded by the SEGES Evaluation and Certification Committee.

*Social and Environmental Green Evaluation System (SEGES)
It is the only green space evaluation system established by policies of the Ministry of Land, Infrastructure, Transport and Tourism, and the Ministry of the Environment.
URL) http://www.seges.jp/index.html(in Japanese only) 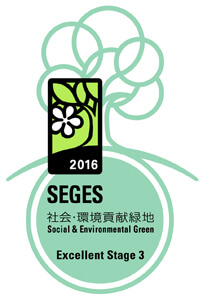 Kurobe is the hub of YKK technology--it is where YKK Corporation has a manufacturing and development base. There, water that flows from the Tateyama Mountain Range forms the Kurobe River alluvial fan. The abundant water emerges as springs, and the area used to be dotted with many small forests and marshes. However, the forests and marshes were gradually lost, along with the creatures inhabiting them through regional and rural development.
In 2008, when YKK Corporation marked its 75th anniversary, a decision was made to create a forest and waterside within the Kurobe Manufacturing Center so as to realize the founding president's ideal of a factory within a forest.

To conserve Kurobe's original natural surroundings, which were being lost, seedlings were grown starting from 2006 using the seeds of trees that grew wildly in the Kurobe River alluvial fan. About 20,000 trees of 20 different species were planted starting from 2008 with the help of the children and residents of the area. Today, six species of mammals, 40 species of birds, 210 species of insects, seven species of fish and 24 species of benthic organisms--which include 16 threatened and rare species--are confirmed to inhabit the green space. 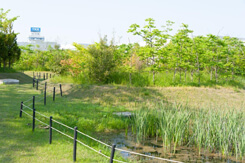 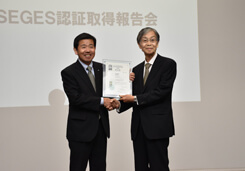 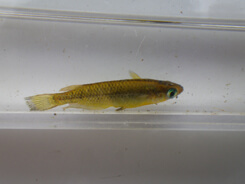 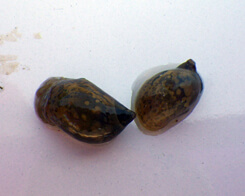